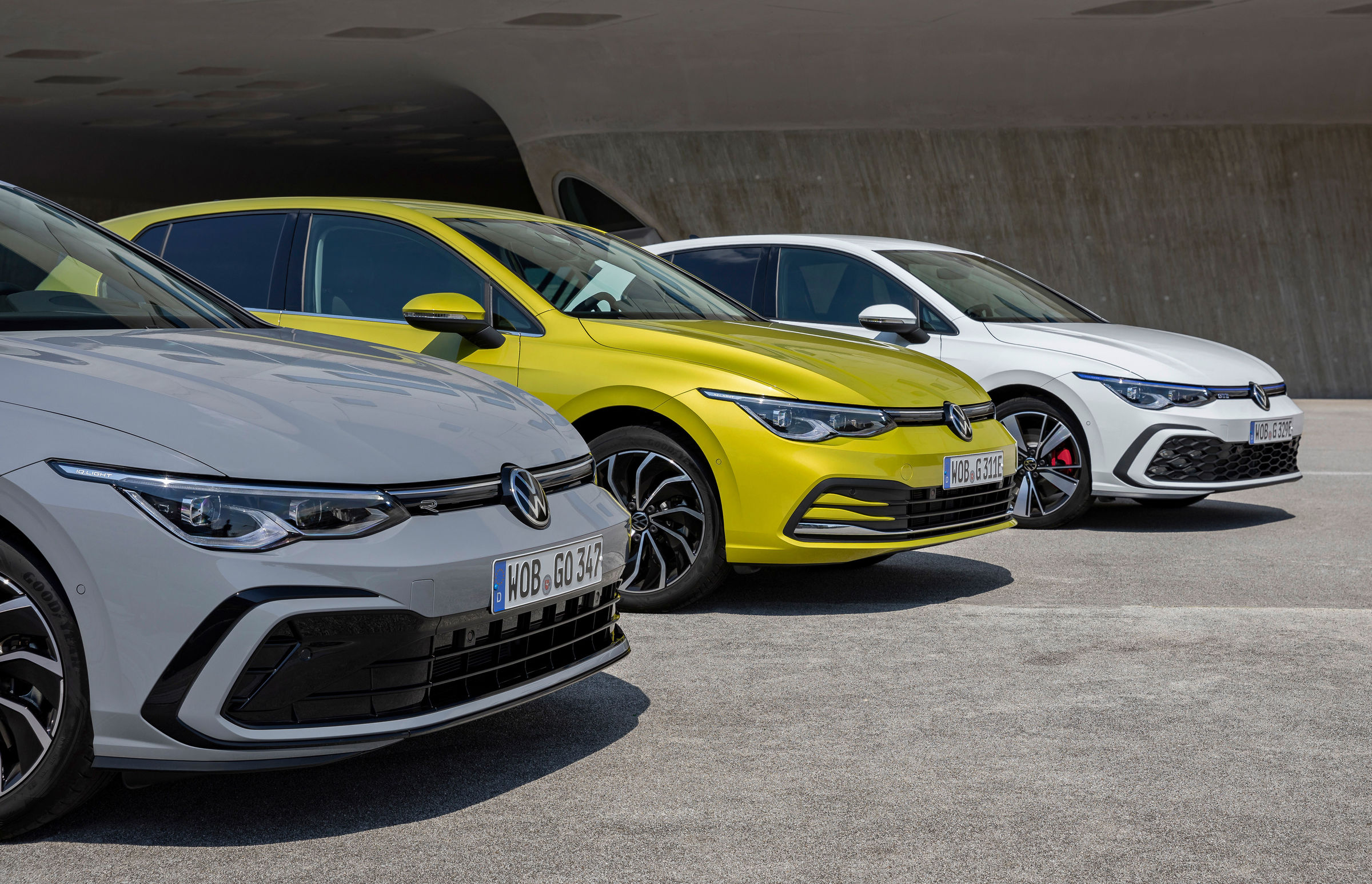 The Golf is the most successful European car for more than four decades. A new chapter in the history of this best-seller begins with the eighth Golf generation – digitalised, connected, and intuitive to operate. Never before has a Golf been so progressive. Several sustainable and efficient engines will be available. Its digital interior enables a new dimension of intuitive operation. It is the first Volkswagen to use swarm intelligence from traffic via Car2X, meaning it can warn against hazards on an anticipatory basis. Its world premiere tookplace in Wolfsburg in October 2019, where the Golf was invented, and where it has been built and refined for the last 45 years.

It’s full speed ahead for the icon of the Volkswagen Passenger Cars brand, the Golf, since all eight derivatives were made available in the fall of 2020. Last year it was once again the top-selling car in Europe with around 312,000 deliveries The Wolfsburg figurehead was once again the top-selling car in Germany last year, too, with around 133,900 deliveries to customers. “In 2020 the Golf is still exactly where it belongs,” says Ralf Brandstätter, CEO of Volkswagen Passenger Cars.

“With the Golf 8 we are seamlessly continuing the success story of its previous generations. The car is continuing to set technical standards in many dimensions,” said Brandstätter. “After the outbreak of the coronavirus in spring interrupted the market launch that had just started, the Golf had a lot of catching up to do in the second half of the year.

In particular, the availability of all of the important model derivatives, such as the GTI02, GTD03 und GTE04, gave the Golf a second wind in the third quarter,” Brandstätter continued. The high demand for hybrid models also contributed to this success. Because of this, by the end of the year one in three Golfs was a hybrid. You can also see just how dynamic the back end of the year was in the fact that, of the approximately 312,000 Golf models delivered in Europe, around 179,000 hit the streets in the second half of the year alone.

At the end of the year, the Golf was by far and away at the top of registration statistics in Germany, followed by two other Volkswagen models, the Tiguan and the Passat. A car from competitors only made it as high as fourth place on the sales list.

The Golf was unanimously named the best car in the compact class by German trade press and won all 16 comparative tests in the Auto Motor und Sport, Auto Bild and Auto Zeitung magazines. The customers are of the same opinion, making the Golf the number 1 once again. “I would like to thank all of the customers who have given us their trust. But my gratitude also goes to our entire team that have done an excellent job during the difficult conditions of the coronavirus crisis,” said Brandstätter.