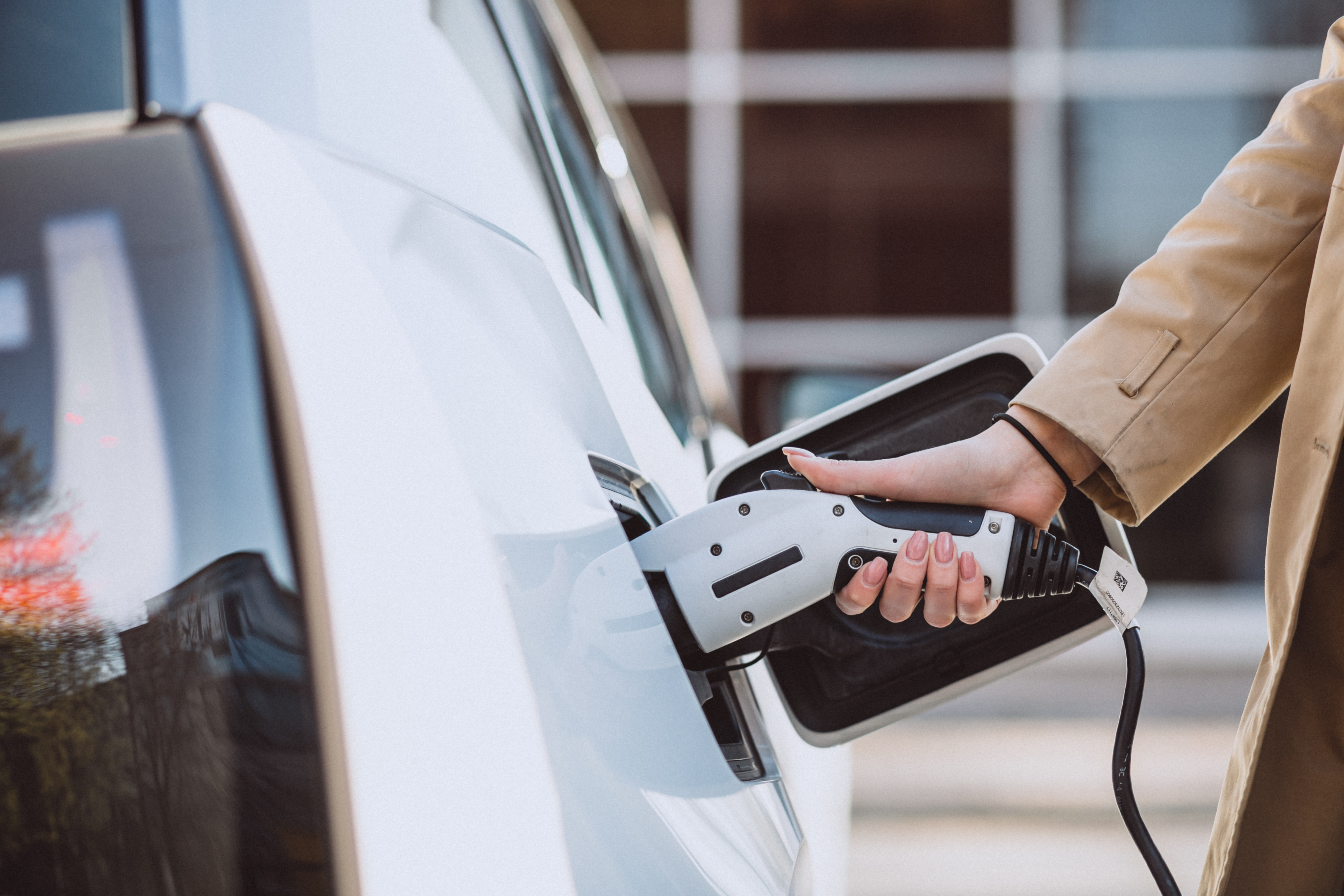 Let’s start with the fully electric vehicle.  The EV runs on an electric motor which gets its power from a rechargeable battery.  You plug it in. Charge it up and it goes.  Simples!   The technology around EV cars is improving all the time and the new Volkswagen ID. series is a perfect example of how electric driving has finally moved into a new phase.  The ID.4 has an impressive range of up to 500km. Electric car range always depends on how and where you drive. The car takes a charge as you brake and so, higher speeds and longer distances reduce the rate of top up from the brakes and increases the need for charging.  Fortunately, charge points are now more plentiful as more and more motorists switch to EV driving and if you opt to have a charge point fitted at the house, there is a €600 grant available for the installation.  The ESB fast chargers work at 50kW and if you have to make a charge stop, will get you moving again pretty quickly.  However, the arrival of the 150kW stations will be a game-changer for electric driving in Ireland. There are currently five Athlone, Cashel, Kill, near Naas, Gorey and Balbriggan, but we can expect more in the future.  Range anxiety and recharging issues will soon be a thing of the past for electric driving.  There are many more financial reasons to go electric.  Apart from the lack of fuel costs, there is cheaper road tax to pay and a number of government incentives to entice you to electric motoring.

A hybrid car has a combination of engines, or a hybrid, if you will!  A combustion engine that is either diesel or petrol combined with an electric motor.  The electric boosts the engine’s power and allows for a certain amount of electric only running.  It is not a plug-in motor and rather the electric battery takes its power from the petrol or diesel engine and a wee bit from the brake energy recovery (as with fully electric batteries).  This is what is referred to as self-charging although the self is not actually charging a very large amount of battery power.  Hybrids are estimated to use about 70% electric power during normal, around town driving.

PHEVs are exactly what the acronym stands for, Plug in Hybrid Electric Vehicles. This is a hybrid vehicle with a much bigger electric battery and a plug-in socket.  The joy of a PHEV is that fully powered up, you can do all your short, run-around journeys on battery power and yet still have the diesel or petrol tank to rake you on those epic road trips.  PHEVs save money on fuel costs and carbon emissions as long as you have some electric power to offset the other engine. However, when a plug-in hybrid is driving with a flat electric battery, it is actually using more fuel than normal as the heavy battery is an extra few kilos in weight. Having said that, a plug-in hybrid is the optimum motor for certain lifestyles and driving needs.

So, there you have it.  EV, PHEV and Hybrid.  A good car salesperson (and we have very good salespeople here at Western Motors) can advise on which option is best for you. Start a conversation today on which driving option is the optimum for you and can show you the best cars on offer in any given range.